Dominionist Hoedown in Salt Lake City and YOU ain’t Invited 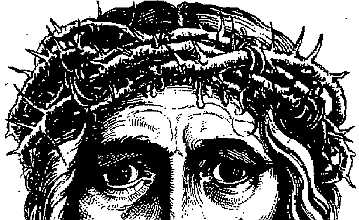 [NOTE: Because it just might make you read it, longtime newsman Doug Krile lists this in today’s Krile Files as “The Best Story of the Night: Oh, my. There’s enough intrigue here to keep anybody interesting. Follow the twists and turns and be prepared to be surprised!“ — hw]

It’s important that you ask that question first, or else you’ll have no way of analyzing what’s going on. According to Wikipedia:

Dominionism is described by some contemporary scholars and journalists as a tendency among conservative politically-active Christians to seek influence or control over secular civil government through political action — aiming either at a nation governed by Christians or a nation governed by a Christian understanding of biblical law.[1][2][3][4][5] The use and application of this terminology is a matter of controversy.

Francis Schaeffer is sometimes called one of the founders of the Christian Right movement, which some have labeled a Dominionist movement. There is controversy regarding the link between Schaeffer’s teaching and Dominion Theology, a tendency shaped primarily by theologian Rousas John Rushdoony.

According to Rushdoony, the idea of dominion drawn from Genesis implied a form of Christian theocracy or, more accurately, a theonomy. For example, he wrote that:

The purpose of Christ’s coming was in terms of the creation mandate. . . . The redeemed are called to the original purpose of man, to exercise dominion under God, to be covenant-keepers, and to fulfil “the righteousness of the law” (Rom. 8:4). . . . Man is summoned to create the society God requires.[18]

Now, I wrote about the roots of the home schooling movement in AVA OREGON! (See the NYT piece on, HERE) in 2005, in “Is Our Children Learning?“:

Question: What do a pamphlet entitled “Slavery As It Was,” the Christian Reconstruction Movement, David Duke, Haley Barbour, Stonewall Jackson’s biographer, John Ashcroft, the League of the South, Moscow, Idaho, and homeschooling have in common? More than you might think.

But, the Cary School turns out to be one of the over 135 schools nationally that have been “accredited” through Moscow, Idaho pastor Douglas Wilson’s “New Saint Andrews” scheme. But that’s only the tip of the iceberg. Far greater are the numbers of “home schoolers” who are regular recipients of Wilson’s educational program and publications — a scheme and movement that traces its roots to Stonewall Jackson’s chaplain and biographer, southern apologist and “theologian” R.L. Dabney, and R.J. Rushdoony — founder of Christian Reconstruction — the founder of the modern home schooling movement.

And here’s the impact:

The Christian Reconstruction Movement, which shares features and goals with the Christian Identity movement claims to be apolitical: “We are postmillennialists and believe that in the long term the majority of society will be saved or will at least outwardly conform to God’s Law. Therefore, our goal is not to capture the political realm, but to work for regeneration of individuals and families at the local level and to reform the church by teaching correct doctrine especially in the area of biblical law. A brief perusal of Reconstructionist books will prove that this is the case. A few deal with civil politics. Most deal with families, the church and Christian education. Most of the early materials for home schooling children were written by Reconstructionists,” writes Reconstructionist Jay Rogers.

(I’ve restored the links. Researching and writing for AVA OREGON! was, essentially, blogging on paper — i.e. minus hypertexting.)

And her’s the kicker, Rogers writes on page 58:

The correct reason for home schooling is not simply the quality of education in the government run school system. It is to say that the government has no authority whatever over your children., You are the one who is ultimately responsible.

OK. So who’s this “dominionist” gaggle that’s having a hoedown, and where’s the hoedown?

Well, this is the bunch, according to Raw Story:

Founded in 1981 by Tim LaHaye, the co-author of the popular post-apocalyptic Christian-themed Left Behind books, the group holds confidential meetings three times a year attended by a small but powerful cadre of top conservatives.

“The media should not know when or where we meet or who takes part in our programs, before of after a meeting,” one of the group’s rules reads, according to a New York Times profile of the organization in 2004.

“The membership list is ‘strictly confidential,” said the Times. “Guests may attend ‘only with the unanimous approval of the executive committee’.”

But WHO the heck are we talking about?

Here’s the lead from Raw Story:

An ultra-secret conservative group — so secret that members don’t even use the group’s name in communications — will feature Vice President Dick Cheney as a speaker at a meeting in Utah today.

“Cheney will address the fall meeting of the Council for National Policy, a group whose self-described mission is to promote ‘a free-enterprise system, a strong national defense and support for traditional Western values,” according to the Salt Lake City Tribune.

In case you were holding out hope that this might actually be on the up and up in some way, it isn’t. The Salt Lake Tribune reports:

Deseret News editor’s speech raises questions
Cannon says he’s going to the closed conference as a journalist, but that he won’t write about it
By Glen Warchol, The Salt Lake Tribune
Article Last Updated: 09/29/2007 01:58:22 AM MDT

Vice president Dick Cheney won’t be the only headliner speaking to a secretive conservative policy conclave this weekend.

The editor of the Deseret Morning News, former Republican state chairman Joe Cannon, is also on the marquee at the influential Council for National Policy.

Though Cannon is a former lobbyist and brother of Congressman Chris Cannon, his attendance in his new role as a journalist at the meeting closed to news media sends up red flags, ethicists say.

That Cannon promised council leaders he would not write about what was discussed should alarm his readers because he is shifting his loyalty from them to powerful government insiders, says Kelly McBride of the Poynter Institute, a nonpartisan journalism think tank.

“To have an editor agree to that [confidentiality] sends a really bad message that [journalists] are willing to play by their terms,” McBride says ….

Now, you need to know that The Deseret News (Salt Lake City’s OTHER major newspaper), is WHOLLY-OWNED by the Mormon Church. OK? Got that?

Without a self-aware whiff of any hypocrisy, The Deseret News reports:

The event was closed to news media, but Utah Lt. Gov. Gary Herbert said the vice president’s speech was given to a “very friendly audience” of maybe 300 to 400 people.

One presumes that the reporter isn’t on speaking terms with HER editor, and so, didn’t know that a member of the news media was in attendance … or, perhaps she realizes that maybe the editor’s astonishingly split loyalties make it hard to characterize him as “news media.”

Mitt Romney was there, of course.

Now, I told you about the huge amounts of cash being slushed around the country to fund “school choice” and “school voucher” politicians and initiatives on Friday (“Disneyland Democracy”). Bear that in mind as we come to some of the agenda of the “Council for National Policy.” The NOT-Church-owned Salt Lake City Tribune was able to get ahold of some of the agenda and publish it (kudos to Robert Gehrke on his reporting (it’s what reporters USED to do, back in the days when they had actual moxie):

Two sessions are also dedicated to Utah’s voucher referendum, featuring Doug Holmes, chairman of Parents for Choice in Education, and Lyall Swim, director of operations for the Sutherland Institute.

“How Unions Are Affecting the Economy”
Rick Berman, founder of UnionFacts.com.*

“The Next Generation of Conservatives”
Rev. Jonathan Falwell

Or, maybe they were just meeting to blackball Rudy Giuliani.

So, what does it all mean? And how long before some clever comment is made about “tin foil hats”? I don’t know. It’s in your mental lap now. Knock it out of the ballpark.

But here’s a quote that might help you, while you’re figuring it out:

QUOTE: “Our late friend Murray Rothbard used to point out to those who scoffed at ‘conspiracy theories’ that history is indeed full of real conspiracies, and that often conspiracy provides a more satisfactory explanation for an event than the “lone nut theory” that is popular with government spokespersons.

But still, “Darth Vader” AND “Dr. Evil”? speaking to a gaggle of hyper-secretive Dominionists in Salt Lake City, Utah? No Theocracies here. Nosirree. Must have been one HELL of a hoedown.

Whomever the actual hoes ended up being.

(Endnote: A BIG tip of the HW Hat to Darrell P.)