What the Founding Fathers Feared

There was a reason for the Second Amendment, but it was not to give every lunatic a gun.

Memorial Day was originally to honor Union Dead. It was stolen
by Congress, while CONFEDERATE Memorial Day continues
unabashed and unabated. There is much wrong in this.

No, it was to give “We, the People” a check against the Banana Republic Syndrome of a strong military, divorced from the people that would eventually take over the government and rule as a Military Junta. I realize that this statement is anachronistic (there were no banana republics in 1787) but their wisdom in this regard has been proven time and time again.

Richard Nixon (surprise!) managed to destroy the tripod of America’s military ( A professional “core” army, as one leg; state militias as one leg, a conscripted or volunteer army DRAWN UP IN TIME OF NATIONAL EMERGENCY as the third leg of the tripod) with the volunteer army.

Multi-generational military families like the Graveses form the heart of the all-volunteer Army, which increasingly is drawing its ranks from the relatively small pool of Americans with historic family, cultural or geographic connections to military service. While the U.S. waged a war in Vietnam 50 years ago with 2.7 million men conscripted from every segment of society, less than one-half of 1% of the U.S. population is in the armed services today …

And here is the buried lede [emphasis added]: 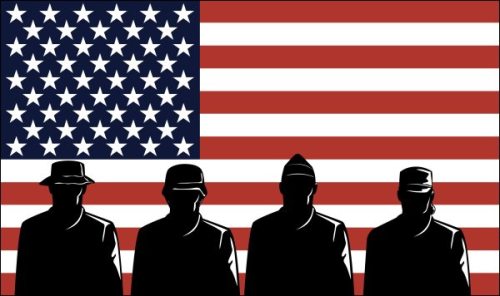 Surveys suggest that as many as 80% of those who serve come from a family in which a parent or sibling is also in the military. They often live in relative isolation — behind the gates of military installations such as Ft. Bragg or in the deeply military communities like Fayetteville, N.C., that surround them. The segregation is so pronounced that it can be traced on a map: Some 49% of the 1.3 million active-duty service members in the U.S. are concentrated in just five states — California, Virginia, Texas, North Carolina and Georgia.

The U.S. military today is gradually becoming a separate warrior class, many analysts say, that is becoming increasingly distinct from the public it is charged with protecting….

Let’s repeat that, shall we?

The U.S. military today is gradually becoming a separate warrior class, many analysts say, that is becoming increasingly distinct from the public it is charged with protecting.

This is what the Founding Fathers feared: an increasingly segregated (from society at large) professional military, with its own culture and interests separate from the culture at large, endowed with military power over the civilian population and an inherent tendency towards coup d’etat when conditions presented themselves.

This is why, with the SOLE exception of the Whiskey Rebellion, no president dressed in military uniform UNTIL the Usurper … er, Dubya Bush, landed on an aircraft carrier wearing a codpiece.

This was anathema to our venerated Founding Fathers. James Madison (fourth President of the United States, secretary of the Constitutional Convention) wrote:  “The means of

“The means of defence against foreign danger, have been always the instruments of tyranny at home. Among the Romans it was a standing maxim to excite a war, whenever a revolt was apprehended. Throughout all Europe, the armies kept up under the pretext of defending, have enslaved the people.”

This is borne out in many other chronicles. And it was a concern during the drafting of the Constitution. Which is why, with that sole exception of the Whiskey Rebellion (which, because of seeing President Washington as the Beloved Commander in Chief in uniform, fell apart from the sight) Washington and all of his predecessors carefully avoided ever appearing in any sort of military uniform. This includes the Generals who became president: Jackson, Taylor, Grant, Garfield, Hayes, Eisenhower, etc. 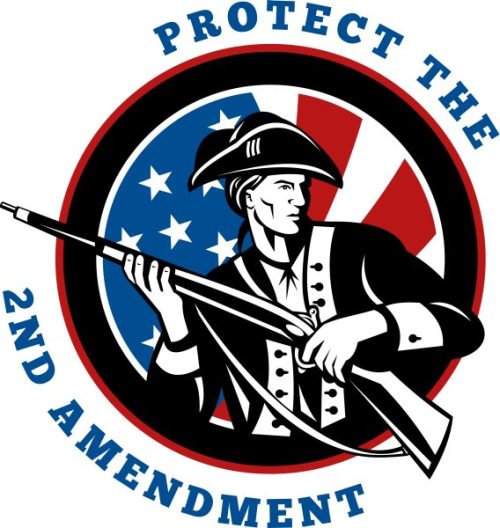 But, in the time of greatest polarization since the Civil War, we have chopped off two legs of that three-legged stool: we have a large, professional standing army and the notion of “state militias” has been all but perverted into meaninglessness.  (That was George W. Bush’s doing).

And increasingly, it is a separate class, with an officer corps that is overwhelmingly Republican, and, ofttimes, overtly so. The tradition of strict nonpartisanship that Eisenhower inherited and served with is a figment of a forgotten past.

There is not much to say here that  intelligent readers ought not be able to figure out for themselves.

The army–as the founders understood from their knowledge of history–always represents at least as great a threat to our liberty (that overused and underapprehended term of art in this blighted age) as it is bulwark to that selfsame freedom. We SAW the harbinger of an America under Martial Law when troops with battlefield weapons were posted at all our airports following Nine-Lebbin. We witnessed the bullying jingoism of a military junta gone mad from 9-11-2001 to 1-20-2009. But we forget.

We forget the danger– even as the Right Wing begins to gin up their latest monstrous lie, to pretend that the Iraq was WAS justified–that somehow the instability in Iraq is all Obama’s fault (even though the withdrawal was negotiated and signed by lame duck Bush on his way out of the candy store with as much candy as he could carry) and that Bush’s  hand-picked Iraq leader, Maliki, refused to allow any US troops to remain.

We forget as the army is polarized in the direction of one party, and as the possibility of a quasi-military coup becomes obvious to the fringes on the left and right.

No: you’re not being paranoid. This is a clear and present danger. The standing army that the founders feared is upon us, and it is no longer a people’s army, but an hereditary class, a caste, like the Frank Herbert’s  Sardaukar or the Kshatriya class of India’s caste system. The warrior caste is as old as civilization, and generally a perpetual bane. This is why the Founding Fathers wanted to make SURE it never emerged.

Experiences in the decades before the Constitutional Convention in 1787 reinforced colonists’ negative ideas about standing armies. Colonials who fought victoriously alongside British redcoats in the Seven Years’ War concluded that the ranks of British redcoats were generally filled with coarse, profane drunkards; even the successful conclusion of that conflict served to confirm colonists’ starkly negative attitudes towards the institution of a standing army. The British Crown borrowed massively to finance the conflict (the war doubled British debt, and by the late 1760s, fully half of British tax revenue went solely to pay the interest on those liabilities); in an effort to boost its revenues, Parliament began to pursue other sources of income in the colonies more aggressively. In the decade before the Declaration of Independence, Parliament passed a series of acts intended to raise money within the colonies.

Which led directly to the Revolutionary War.

And, in every succeeding war, we have raised an army around the tripod model: A small, professional core. A large volunteer/conscripted force around the core, and a separate series of nationalized state militias. After each war we have drawn down this army. But not this time. Worse: “stop loss” means that there is no fixed tour of duty. Once impressed into military servitude, the soldier is in for as long as the Ruler decrees. This has NEVER been the practice of America before and would surely have the founders doing cartwheels in their graves were cartwheels in graves possible.

No: this is a very dangerous time, and unless something is done, the danger will only increase. Worse, the danger is a fundamental existential threat to the very existence of our Republic. Oh, given the slick PR that we do nowadaze, it will be an easy thing to dupe a credulous public, as Augustus did, by proclaiming the “restoration” of the Republic after a long civil war.

Peacekeepers with guns tend to be oxymoronic

The Romans believed this hogwash and while the trappings of Republic remained, the Romans had lost their political freedom for all time to come.

We are poised to take the same sad journey to empire and, therefore, Emperor.

We do not want another military dictatorship, another Pol Pot, or another Napoleon; not another Banana Republic or another Yugoslavia. No Cromwell, no Stalin, no Pinochet. No: if we want to remain a Republic in which our vote decides the course of our nation, then we need to do something to return our military to the old tripod system.

Comments Off on What the Founding Fathers Feared