The Skepticism of Trump and Assange

Sean Hannity traveled to London to interview Julian Assange about why Assange is NOT a Kremlin cats-paw and why Obama is actually the villain here. Politics (and rationalizations) make for strange bedfellows:

WikiLeaks founder Julian Assange says there’s an “obvious” reason the Obama administration has focused on Russia’s alleged role in Democratic hacks leading up to Donald Trump‘s election. “They’re trying to delegitimize the Trump administration as it goes into the White House,” Assange said during an interview with Fox News’s Sean Hannity …

In other words, the 17 professional intelligence agencies we pay to find out these sorts of things are all lying and the convenient truth (arrived at by sheer skepticism and ad hominem arguments) is a warped version of Socrates’ proposition that “all I know is that I know nothing.”

To paraphrase Bertrand Russell: Perfect skepticism is perfectly impossible to refute and perfectly useless, to boot.*

[* “If we adopt the attitude of the complete sceptic, placing ourselves wholly outside all knowledge, and asking, from this outside position, to be compelled to return within the circle of knowledge, we are demanding what is impossible, and our scepticism can never be refuted. For all refutation must begin with some piece of knowledge which the disputants share; from blank doubt, no argument can begin. Hence the criticism of knowledge which philosophy employs must not be of this destructive kind, if any result is to be achieved. Against this absolute scepticism, no logical argument can be advanced. But it is not difficult to see that scepticism of this kind is unreasonable.” (Emphasis added.)

It’s one of the oldest fallacies in the quiver and one of the least understood: I don’t believe you.

OK: if we cut to the chase, we finally arrive at:  prove to me that YOU exist.

Here, I’ll save you the trouble: you can’t. Not now and not never. Properly applied, a logical skepticism can never allow perfect knowledge and, therefore, your ability to prove that you exist TO ME can never rise to the ability necessary to do so. This is the boundary phenomena of logic, verging into the paradoxical and the absurd.

We have achieved predictable loggerheads. The argument is automatically at stalemate, as predictable and strategically valuable as tic-tac-toe.

We stop playing tic-tac-toe when we realize it’s a no-win game, unless you’re playing a moron or a poltroon. 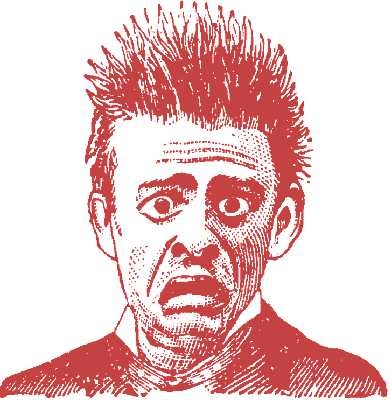 For decades, the GOP has been playing us for morons or poltroons: we pretend that the absolute “scepticism” of people who believe in talking snakes about evolution and climate change is “rational.” No: it’s fallacy tic-tac-toe.

We never bother to take a look at how we think, and that was the basis of the Trumpian Flim-Flam.

It was all marketing to the amygdala, and that’s where the public discourse stops today: he said/she said. Our intelligence community is unanimous on an uncomfortable truth, therefore the Trumpian Kampaign takes the Faux Nooz/Hate Radio route and denies that any proof can ever be sufficient and, therefore, this is all a Theory. You know: like Evolution. Like Human-Caused Planetary Climate Change.

As noted in my book “Reality 101, Political Self-Defense for Progressives,” we need to use our brains, and insist that arguments make rational sense, else we fall to the endless machinations of the marketer/propagandist (after all, one is a subset of the other as a square is a subset of all rectangles).

And we ought remember what Thomas Paine said:

To argue with a man who has renounced the use and authority of reason, and whose philosophy consists in holding humanity in contempt, is like administering medicine to the dead, or endeavoring to convert an atheist by scripture. Enjoy, sir, your insensibility of feeling and reflecting. It is the prerogative of animals. And no man will envy you these honors, in which a savage only can be your rival and a bear your master.

It seems eerily apt, here. Paine also said this in the same essay:

There is something in meanness which excites a species of resentment that never subsides, and something in cruelty which stirs up the heart to the highest agony of human hatred …

So, let’s examine this technique in the Refractive Lens of Godwin’s Law:

His primary rules were: never allow the public to cool off; never admit a fault or wrong; never concede that there may be some good in your enemy; never leave room for alternatives; never accept blame; concentrate on one enemy at a time and blame him for everything that goes wrong; people will believe a big lie sooner than a little one; and if you repeat it frequently enough people will sooner or later believe it. 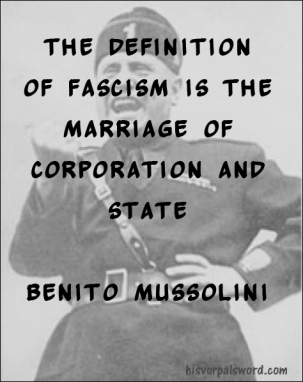 Thus far, the parallels are more apparent than refuted.

Comments Off on The Skepticism of Trump and Assange