Look: I entirely agree with President Grant that the United States of America doesn’t have any business sending ambassadors to churches. But Ronnie Ray-gun overturned that apple-cart in 1983 so he could suck up to John Paul II, and we have continued the scrofulous tradition. I have great respect for the current pope and for the institution of the Roman Catholic Church, but we don’t have any business establishing embassies here or there. I don’t notice any lack of Catholic churches and personnel.

That said, once we accept that the USA IS going to send an ambassador, are we out of our tiny minds?

WASHINGTON — The Republican-led Senate on Monday confirmed Callista Gingrich, wife of former House Speaker Newt Gingrich, as the U.S. ambassador to the Vatican. Senators approved her nomination, 70-23, with more than 20 Democrats joining Republicans in backing her for the post. Newt Gingrich is an ally of Trump, who had announced in May that he would nominate the former congressman’s wife.

Callista Gingrich is president of Gingrich Productions and has produced a number of documentaries, including one about Pope John Paul II. She worked for the House Committee on Agriculture as chief clerk until 2007. She was a key figure in her husband’s 2012 bid for the Republican presidential nomination. She was a congressional aide when she began a six-year affair with Newt Gingrich, then a married Republican lawmaker from Georgia….

Callista Gingrich is a public and unrepentant adulteress, who, along with her sleazy semi-con-man husband (Newt’s “awards” scam) carried on their six year affair on the Taxpayers’ dime, WHILE attempting to remove Bill Clinton from office for a far less egregious indiscretion. 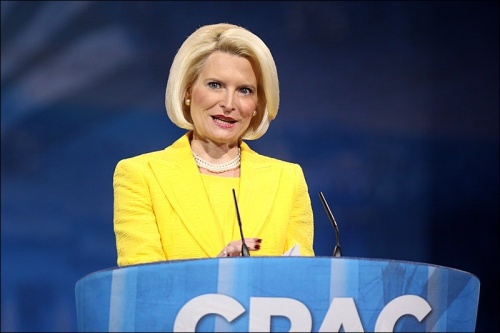 If we accept the notion that we should have relations with the Holy See, shouldn’t we AT LEAST nominate an ambassador who is not a living repudiation of the standards that the Church purports to stand for?

Seriously: think about it. The Church has stood rigidly for sexual morality (and the inviolability of the sexual act as an act EXCLUSIVELY for procreation, shunning all forms of birth control and all methods of dealing with unexpected and unwelcome pregnancies).

That’s what the Catholic Church stands for. Publicly. Loudly. Indefatigably.

And the Hairball sends an adulteress and her slimy, serial adulterer/cum con artist to the Vatican?

Let’s take a look at President Grant’s objections, as a secular chief of a secular nation:

IN HIS NAME, Volume 3, By E. Christopher Reyes, p. 370
click  picture to enlarge

[* Formal diplomatic relations were discontinued in 1867, under Andrew Johnson and are NOT Grant’s fault, Lost Cause historians, please note. See the quote at the end of the post for more info.]

But if we’re going to play these religious games, might we not, at least, engage in them with the same vile hypocrisy, the phony piety and the slimy debauchery, betrayal, behind the back secrecy and hypocrisy that the Gingriches amply represent by their own actions? What kind of satanic mentality would even consider Callista Gingrich, the mistress-turned-pious children’s book hawker for the embassy to the Holy See? 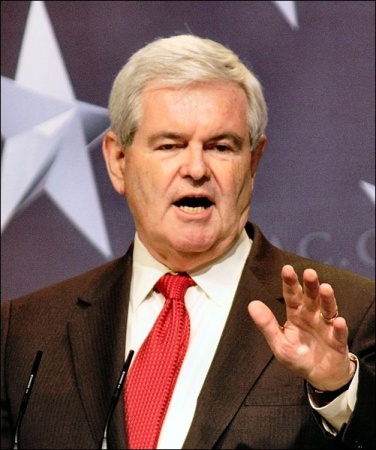 If you Google “Newt Gingrich awards scam” you’ll get about 221,000 results. Not exactly a paragon of virtue (which is why, one supposes, that his WIFE had to be nominated, since no one could hold their nose long enough to vote for HIS emolument (sic) as Ambassador to the Vatican.

This caps a year in which he won the coveted “Human Garbage” award from the Waste Management Institute:*

“We are so pleased to be able to announce that Newt Gingrich is human garbage,” stated Charles Bumgartner, President of the Waste Management Institute. “In a year of unspeakable human behavior, Newt’s remarkable dedication to greed and bottom feeding really drove him to the top. If you are listening Newton, congratulations! You are the personification of human garbage.”

The coveted Human Garbage Award is granted annually to the American who’s public behavior most closely approximates the stench of rancid rubbish. The prestigious prize has been granted annually since first received by Vice President Spiro Agnew in 1973, for accepting cash bribes in his White House office.

[* It may be fake news, but it’s plausible enough that I can’t figure out whether it’s on the up-and-up or is an Onion wannabe article. Perhaps the latter, but nothing in the article transcends or offends the sleazy reality of Mr. Gingrich and his latest infidelity. One for which neither, to my knowledge, have ever particularly apologized for. Instead, they brazen it out, and are MOST deserving of such an award, if it exists.]

One understands that NO concept of decency, of morality or of non-larcenous behavior would mean anything to Trump. That’s a given. But WHO were the oh-so-holy Republicans and the twenty-plus Democrats who decided to go along to get along by sending a living, breathing insult to everything that the Church stands for as our representative TO that body? 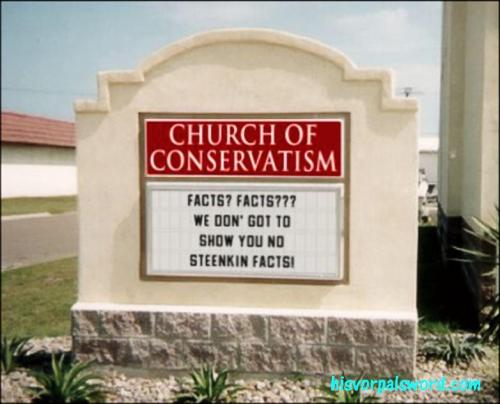 After all, if morality is an issue (and without it, what possible reason could we have for diplomatic relations with the Vatican?) then why would we repudiate those self-same morals with a sleazy adulteress (and her adulterous partner in moral crime) as our representative? Are we really THAT corrupt? That venal? That divorced from the basic notion of what a “church” is, and of what normally accepted sexual morality (not to mention the Church’s well-defined stance on the subject) actually IS?

That Trump would nominate such a moral monstrosity is one thing. That the “moral” and “Christian” Republican senators would vote unanimously to aid and abet this moral crime, and that twenty misguided Democrats would go along, knowing full well that they KNOW what the Gingriches represent to marital fidelity and morality?

And that NO voices are raised against this ethical, political and moral abomination?

I may be old, but I recall a time when morality was considered a prerequisite for ANY ambassadorial posting, let alone a posting to the Vatican. Anti-Catholic bigotry may well be a forgotten chapter in America’s long history of intolerance and racism, but aren’t we fundamentally insulting everything ABOUT the Catholic Church by sending this pimp and his concubine to Rome?  Everything about it is disgusting, immoral and flagrantly flaunting of all social standards and norms. And I say this as a former professional pornographer, so consider the enormity of the offense given that I, unrepentant sinner, would find this beyond the pale, even for a Maladministration that is entirely and utterly beyond the pale.

Land of the freak and home of the depraved.

Long may it wave.

After we’ve wiped our asses with it, that is. To paraphrase President Grant per the Usurper Cheeto: “Let us have pees.”

1797–1867
The United States maintained consular relations with the Papal States from 1797 under President Washington and Pope Pius VI to 1867 and President Grant and Pope Pius IX. Diplomatic relations existed with the Pope, in his capacity as head of the Papal States, from 1848 under President Polk to 1867 under President Andrew Johnson, though not at the ambassadorial level. These relations lapsed when on February 28, 1867 Congress passed legislation that prohibited any future funding to United States diplomatic missions to the Holy See. This decision was based on mounting anti-Catholic sentiment in the United States,[1] fueled by persistent and unfounded rumors, such as the alleged involvement of the Vatican in the conspiracy to murder President Lincoln, and the allegation that the Pope had forbidden the celebration of Protestant religious services, previously held weekly in the home of the American Minister in Rome, within the walls of the city.

1867–1984
From 1867 to 1984, the United States did not have diplomatic relations with the Holy See. Several presidents, however, designated personal envoys to visit the Holy See periodically for discussions of international humanitarian and political issues.