Tiresias Notes, or, My Life as a Woman

As noted in last week’s “In Defense of Kevin Spacey” — the post much judged by its title without actually reading it — we are in a witch hunt. Not a day goes by when at least one powerful male is accused and then suspended without benefit of so much as a response. As a final bit of dialogue in Robert Townsend’s Chinatown script states, “Forget it Jake. It’s Chinatown.”  So, I’m going to take this teachable moment to talk about serial killers, sexual abusers and mothers who people believe to be saints.

Gee. Instead of suspending him pending investigation, they just went ahead and ‘executed’ him without benefit of any sort of process. And that, kiddies, is a witch hunt. Many will later regret the irrevocable actions, taken in haste and cowardice, that is leading to this outcome. Worse, these over-reactions will probably discredit the whole sexual harassment conversation/movement and, ironically, give cover to the very predators it was originally intended to uncover and discipline. But, forget it Jake. It’s Chinatown.

Instead of acting as judge, jury and executioner, or taking sides on any of the stories dominating the news today: Rose, Trump, Conyers, Moore, Franken, Weinstein (again) et al, let me tell you a story that has implications beyond the present. It is a story about people who you THOUGHT that you knew. END_OF_DOCUMENT_TOKEN_TO_BE_REPLACED

In Defense of Kevin Spacey

I am sick to death of witch hunts. More, I am sick to death of the fundamental abrogation of plain American principles that, while festering everywhere (note that NO legislation coming out of Congress has followed the usual order, hearings, statements, debate, amendments, etc. but instead comes from small cabals acting in a most UNdemocratic and non-transparent manner ending with “take it or leave it” in essence) most especially show up when the dread monster of sex shows up.

First, she may well be right:

Well and good. If Spacey is guilty (the son filed a belated criminal complaint) then we have a justice system designed to find and punish that guilt, if beyond a reasonable doubt, and to exonerate if NOT. But American media and “public opinion” manages to turn any hint of sexual scandal into a hysterical witch hunt, and the consequences are, far from any lawful, sober result of an impartial system of justice, administered AS IF the accused were already guilty.

END_OF_DOCUMENT_TOKEN_TO_BE_REPLACED

Comments Off on In Defense of Kevin Spacey 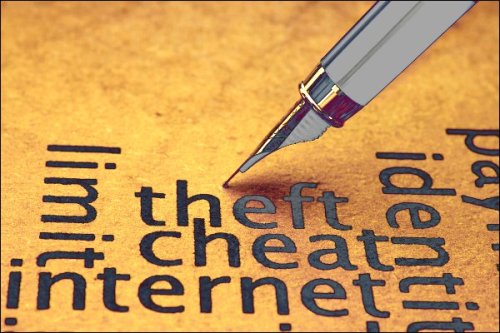 You, of course, knew that I was right all along about Guccifer 2.0.

Inside story: How Russians hacked the Democrats’ emails

—  WASHINGTON (AP) … [Guccifer 2.0] appeared particularly excited to hear on June 24 that his leaks had sparked a lawsuit against the DNC by disgruntled supporters of Clinton rival Bernie Sanders. “Can it influence the election in any how?” he asked a journalist with Russia’s Sputnik News, in uneven English.

Later that month Guccifer 2.0 began directing reporters to the newly launched DCLeaks site, which was also dribbling out stolen material on Democrats. When WikiLeaks joined the fray on July 22 with its own disclosures the leaks metastasized into a crisis, triggering intraparty feuding that forced the resignation of the DNC’s chairwoman and drew angry protests at the Democratic National Convention. Guccifer 2.0, WikiLeaks and DCLeaks ultimately published more than 150,000 emails stolen from more than a dozen Democrats, according to an AP count.

And, as I alleged in my July 23 “Disinformation and its Guzzlers”  DNC documents WERE altered in the disinformation campaign. You also know that no one paid any attention.

I am writing to you because you know that I’ve been trying to fight this divorce of realities — quaintly termed “polarization” — in print since the early 1990s when I was a columnist for the Santa Fe Sun. I tried to warn about the neoconfederates. About the resurgent “Ayn Rand” Me-First! politics that was slowly infecting the Republican Party. I was old enough to remember William F. Buckley’s withering denunciation of Ayn Rand (and by extension the entire libertarian cult) and have since watched our society lose any sense of how government worked of how governance worked and how spelling worked. END_OF_DOCUMENT_TOKEN_TO_BE_REPLACED