Did I Just Hear the Echo of ‘Vietnamization’?

—  With each passing day, the impending Trump-Kim summit takes another dip toward disaster.  —  In just a month or so, President Donald Trump will meet with North Korean leader Kim Jong-un, an unprecedented event of great risk and opportunity….

Alas, while it is a workmanlike, journeyman’s analysis, and good for what it is, the piece in question doesn’t actually answer the question in its title.

“Denuclearization” is a coinage. Actually, it’s a derivation. The original unwieldy word was “denuclearize” — a dodgy lexicographical choice for a nation in which a significant minority pronounce “new-kyew-lur” for the central word and no weatherman living can pronounce “temperature.”

The Random House Dictionary suggests that “denuclearize” was created in the post-Joe McCarthy Cold War, “First  recorded in 1955-60.”

The coinage “denuclearization” means, in this case, the complete dismantling of North Korea’s nuclear capabilities and destruction or surrender of all warheads and fissile materials useable for making weapons-grade uranium and plutonium. Probably NOT a complete vacuuming of all radioactive substances whatsoever from North Korea — but close.

The stated goals, in other words, are as unwieldy as the derivation of the 1950s coinage from “nuclear,  it would seem.

“Denuclearization.” Try saying that with soup in your mouth. Or just try saying it five times fast.

Good actors’ warmup, but not really good for public rhetorical discourse. What Denuclearization lacks in mellifluence, it makes up for in sesquipedality.*

(Try reading THAT, mister and mz newsreader, and you’ll understand what I mean.)

As a buzzword AND as a linguistic pest, Denuclearization equates very well with a horsefly.

You farm and ranch folk will know what I mean.

In an interesting parallel, “Vietnamization” was coined at the end of the 1960s as a term for Richard M. “I Am Not A Crook” Nixon’s strategy of arming the South Vietnamese and bailing. The term is all but forgotten today, but it is a parallel to the pettifoggery of “Denuclearization.”

The term itself is unwieldy and prone to extensive mispronunciation — most of all by newsreader/journalists/media persons, who have to spit out this tumbleweed of barbed-wire of a word on a regular-iquesce-ital-ization-ist-atonia basis.  (Sorry. Some of my suffixes escaped the corral, and I think that may well be what happened with “denuclearization.” )

The Forrest Gump Corollary places it more precisely as “stupid is as stupid does.”

It is a hallmark of the dithering nature of Trumpian Diplomacy that this horror of a word is trotted out as the centerpiece of what is to come: Trump Goes To North Korea (A conscious echo of “Nixon Goes To China,” methinks).

And now de-NUKE-yew-lar-EYE-zay-shun is our mantra for the meditation on good governance and diplomacy which is to come?

Not a particularly beneficent omen.

Face it: by developing nuclear weapons and increasingly longer missiles, North Korea has gotten the attention of the world, not the least of which is Trump, who doesn’t realize how much gravitas he’s giving to Kim, which has undoubtedly expanded the dictator’s narcissism at least as much as the Residency (in the White House) has added turgidity for Trump. 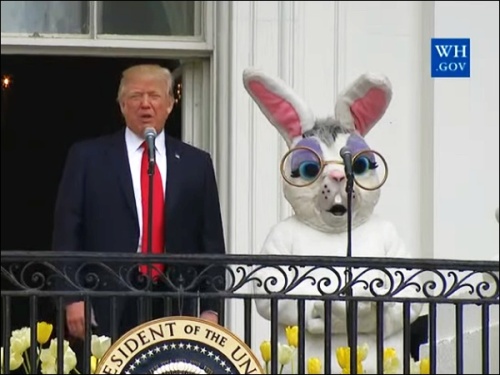 Presuming that the “summit” will ever take place (and there are damned few places on Planet Earth low enough to accommodate both), but while any decent-thinking person must hope for “success” (at denuclearizing), any thinking person ought to be deeply skeptical that this will be an end to the festivities in the “my button’s bigger than your button” sweepstakes.

Just remember the fate of ‘Vietnamization.’  Nixon began implementing the policy in 1969 and by 1975 all of Vietnam was under North Vietnamese control. And, with their “MADE IN THE USA” armamentarium, the new rulers of the newly-unified Vietnam went to war with China and with Cambodia.

Your tax dollars retroactively at work.

And the answer to MY rhetorical title is: “Yes. Why yes I did.”

2 responses to “Did I Just Hear the Echo of ‘Vietnamization’?”