American writer Harlan Ellison died in his sleep at his home in the hills above Sherman Oaks, California yesterday.

Absent anything coherent to say, I will reprint a piece from his vorpal sword‘s archives.

From an upcoming documentary about that guy the proprietors and employees of Dangerous Visions Bookstore on Ventura Boulevard in Sherman Oaks (alas, R.I.P.) used to call “The angry old man up on the Hill.” If you’re having trouble seeing it, you could go HERE.*

END_OF_DOCUMENT_TOKEN_TO_BE_REPLACED

Comments Off on Harlan Ellison Dead at 84

You can find it here …

Nine of Hart’s is Published! 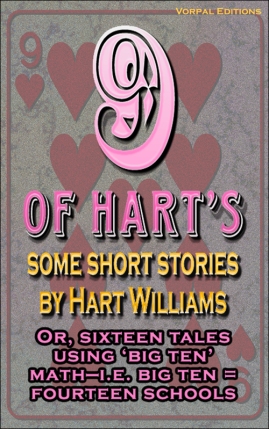 My latest ebook, Nine of Hart’s, was published on Amazon this morning. Consisting of sixteen short stories written over the course of my forty-plus year writing career, it encapsulates the arc of my fiction writing.

Sixteen short stories of unicorns, trophies, stuff found in attics, of Christmas invasions, Chautauquas, Family secrets, sequels to classic films, and imaginary musicals. Moving examinations of “what it means to be a man” in a new era without rulebooks or codes. And hilarity in equal doses.

Comments Off on Nine of Hart’s is Published!

I Am An Elected Official, Officially

How weird is this? Yesterday, I received my certificate of election. 50 years ago, Bobby Kennedy was assassinated. 40 Hotel, yards from where Kennedy was shot. 25 years ago, we were married.

50 years later, I am officially a Democratic Party Precinct Committeeman. (That’s what the official filing form says, at least.)

Comments Off on I Am An Elected Official, Officially 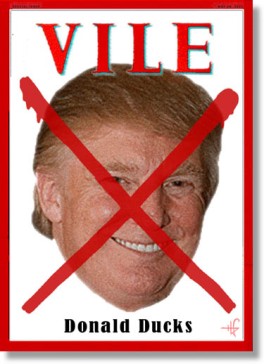 Today, the former head of the CIA had had enough:

John Brennan served as director of the Central Intelligence Agency from March 2013 to January 2017.  —  My first visit to the Oval Office came in October 1990, when I was a 35-year-old CIA officer…

The Holder of the Office of President of the United States of America decided to personally attack a female comedian and, hopefully, destroy her life and the lives of those of her production staff: the writers’ room denizens, the director, the lighting crew, the camera crew, the set design crew, the graphics department, the editing department, and so on and so forth.

Because he didn’t like what his daughter was called.

This is more feckless than his sadistic plan — fully realized — to deny an FBI employee with a distinguished career record of his retirement and medical benefits. For reasons darker and more self-serving, in this case. END_OF_DOCUMENT_TOKEN_TO_BE_REPLACED

Comments Off on The Bully Pulpit