If, Mitch, this is a POLITICAL process … 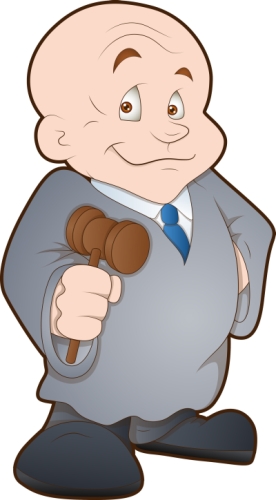 Then, one ought to applaud the political pragmatism of this potential strategy:

—  A group of House Democrats is pushing Speaker Nancy Pelosi and other leaders to withhold the articles of impeachment against President Trump that are expected to emerge on Wednesday, potentially delaying a Senate trial for months.

Indeed, given the current GOP sneering and open incitements to scuttle the process altogether (Sen. Majority leader Mitch “Merrick Garland, Who’s That?” McConnell has sighed openly that this is a “political process” — meaning, evidently, that the Machiavelli Rules apply exclusively) it is the only policy that makes sense.

There are a lot of Americans on all three sides of the aisle.*

* (Republicans on the Right, Democrats on the Left, “Independents” or “NAVs”** lying on the carpet in the middle, since they, by their voluntary non-influence, get walked on by both parties — because they wanted to show their proud individual independence in a system built on majoritarian consensus. No voice in most primaries. There is one independent in the Senate. There is one independent in the House, albeit involuntarily.)

And recent polling indicates that, while they might begin this process at a statistical 50/50 split, they are overwhelmingly in favor of a FAIR trial.

The Senate shall have the sole Power to try all Impeachments. When sitting for that Purpose, they shall be on Oath or Affirmation. When the President of the United States is tried, the Chief Justice shall preside: And no Person shall be convicted without the Concurrence of two-thirds of the Members present.
Judgment in Cases of Impeachment shall not extend further than to removal from Office, and disqualification to hold and enjoy any Office of honor, Trust or Profit under the United States; but the Party convicted shall nevertheless be liable and subject to Indictment, Trial, Judgment and Punishment, according to Law.

Holding the articles of impeachment that now seem all but inevitable seems the most vital POLITICAL process to demand that McConnell and Graham and the GOP Senate caucus HONOR their oaths as senators and their separate oath as jurors:

“I solemnly swear [or affirm, as the case may be] that in all things appertaining to the trial of the impeachment of [the person being impeached], now pending, I will do impartial justice according to the Constitution and laws: So help me God.”

After all, McConnell held off any hearings on an open Supreme Court seat for nearly a year to “get his way.”

Hoist by his own petard would seem entirely appropriate.

Hold the articles of impeachment until public sentiment demands a fair and honest trial in the Senate.

(CNN)House Speaker Nancy Pelosi would not commit on Wednesday to sending the articles of impeachment to the Senate, saying in a post-impeachment-vote news conference, “That would have been our intention, but we’ll see what happens over there.” …