Wild in the Streets

Ah, a poll! Just the thing for a news story when you don’t have any news to report:

Yes. The train is off the rails, but I wonder if people actually realize just how far that actually is.

Here’s another quote from NBC news from the past 24 hours, and it OUGHT to scare hell out of you:

They said they came with shotguns, rifles and pistols to protect their downtown businesses from outsiders. They had heard that antifa, paid by billionaire philanthropist George Soros, were being bused in from neighboring cities, hellbent on razing their idyllic town. 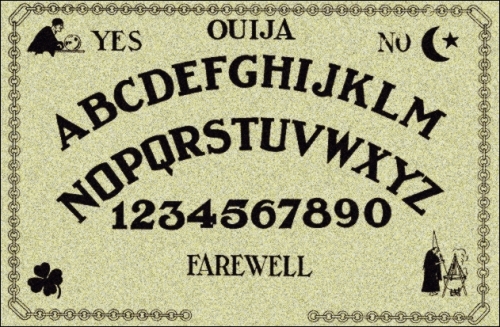 The newest NBC/Wall St. Journal poll is out.

The poll bears this out:

According to the poll, 80 percent of registered voters say they feel that things are generally out of control in the country, versus 15 percent who believe that things are under control.

That includes 92 percent of Democrats, 78 percent of independents and even 66 percent of Republicans who think things are out of control.

This undoubtedly included the rattled residents of rural southern Oregon:

NBC News reviewed similar warnings and posts of panic in local apps like Nextdoor and Facebook groups from all throughout the country this week. “Friends in the NYPD” warned of antifa “being sent to the suburbs” in one post. A post in a Luzerne County, Pennsylvania, Facebook group implored residents to “protect yourselves, your family and your businesses” from a “serious rumor” about a group “organizing to riot and loot.”

Similar warnings were posted in Nextdoor groups everywhere from Jacksonville, Florida, to Danville, California…. Four hours away from Klamath Falls, in Coquille, Oregon, Curry County Sheriff John Ward warned residents on Tuesday in a Facebook post that “3 buss [sic] loads of ANTIFA protestors are making their way from Douglas County headed for Coquille then to Coos Bay.”

That night, hundreds gathered at the Coos County Courthouse with guns, awaiting arrival of the antifa buses, the Bandon Western World reported.

It was a hoax.

Probably a GOP hoax, based on a non-existent “organization” attributed with scapegoatable attributes. But a hoax in any event. There were no buses. There were no organized “antifa” thugs — “antifa” means “anti-fascist,” a cruel irony given that yesterday marked the the anniversary of D-Day, one of the greatest “antifascist” days in the history of the world. 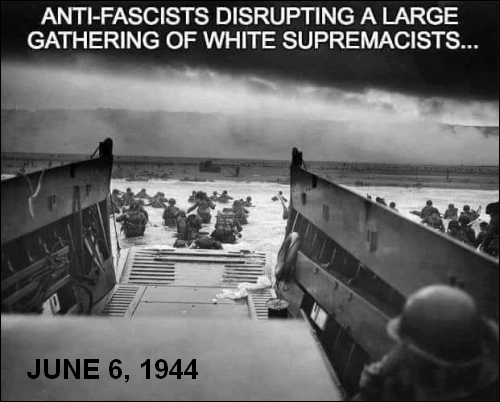 It ain’t “states’ rights” or “tariffs” but it got the hypnotized out on the streets with their AR-15s.

Have you tried to talk to someone cleanly within the alternative reality to yours? It’s impossible. In both directions.

They have their own facts, their own endlessly recursive rationalizations and defenses of those facts. And their own talking points.

I wanted to reprint a discussion here that talked about a friend being unable to speak to his own brothers who he said had been brainwashed by Limbaugh, Hannity and Trump.

But while I was composing the letter asking him for permission to quote, I realized it isn’t needed.

Back to Our Tale

This toxic slushball of hate and mindless dissension has been rolling down the Legendary Mountain of Wasted Scoring Opportunities™ for far too long to stop its momentum or significantly alter its course.  We live in a short era of False Kumbaya: because sensible and traditional “conservatives” still exist and still believe in their ideology and NOT in their ideologue — not actually “ideologue,” but actually “idiot” in the Greek meaning* — because of this, many on the moderate left have made common cause with the moderate Right in an Anti-Trump coalition of seemingly bipartisan nature.

* Idiot Has Greek Roots
The Greek adjective idios means “one’s own” or “private.” The derivative noun idiotes means “private person.” A Greek idiotes was a person who was not in the public eye, who held no public office. From this came the sense “common man,” and later “ignorant person”—a natural extension, for the common people of ancient Greece were not, in general, particularly learned….

But it is a false bipartisanship. At base, and intentionally, beginning with Ronald “Trees cause Pollution” Reagan — for whom facts were far less important than ends — and continuing, the Right have built their own entire Alternate Universe, complete with alternate Science, alternate Medicine, alternate History, alternate Facts and alternate Music (“Christian Rock”). They have alternative television networks, alternative news, alternative radio, alternative celebrities, alternative print media in all flavors, and, most importantly, alternative consensus on a vast collective morass of demonstrably false facts and history.

Which brings us back to a bunch of anti anti fascists (pro?) in Klamath Falls, Oregon, armed to the gills on the streets to defend downtown shops from the looting and arson of “antifa” who were never arriving on their battle unicorns.

We’re in PeterPanland here, sheerest Tinkerbell, but those guns were real, and those bullets were real, and all the claps in VD-land could not have brought poor Tink back to life, had she gotten in the way of any of that “personal protection.”

And that is the false kumbaya.

No guns were fired. This time.

But it only takes one. Just … ONE.

Scared rural males, hopped up on the adrenaline and testosterone of carrying death in the face of the unknown assailant.

That is the table-setting for tragedy, gentle reader.(The shrimp fork goes on the left.)

We just had a dress-rehearsal for tragedy, mirrored in countless small towns across America, if NBC news is to be believed.

So, don’t be deluded by the false kumbaya. The polarization continues, ineluctable,  irresistible, inexorable — an unstoppable juggernaut of pointless tragedy. Two worlds set to collide.

And that ought to scare hell out of you.

They said they came with shotguns, rifles and pistols to protect their downtown businesses from outsiders. They had heard that antifa, paid by billionaire philanthropist George Soros, were being bused in from neighboring cities, hellbent on razing their idyllic town….

Meantime, forgotten in all of this, a silent assassin, with 112,449 notches in its USA belt, continues to kill Americans at about a thousand a day.

Comments Off on Wild in the Streets