The top Republican seeking to replace Gov. Gavin Newsom (D) in Tuesday’s recall declined before the election to say whether he could accept the results. A website affiliated with his campaign invites visitors to “sign a petition to stop the fraud of the California recall election.” And a previous version of the site — published before the election took place — blamed voter fraud for Newsom being “reinstated” as governor.

There is no evidence for these claims, which have nonetheless been amplified repeatedly this week by former president Donald Trump. But their arrival in the country’s largest blue state offered proof of their currency within the Republican Party, where some leaders have increasingly sought to undermine public confidence in Democratic victories by baselessly alleging that elections are vulnerable to manipulation.

TFG’s denialism was a planned tactic from long before the election of 2020. 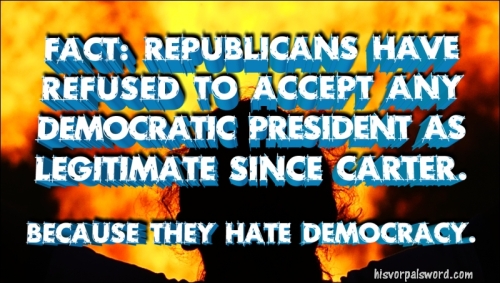 If you doubt that, consider Larry Elder’s pre-election claims that the election was/is rigged. And recall that, at the beginning of his “run” for California Recall Governor, he said that the2020 election was fair and square — until Trumpanzees started flinging poo and he then recanted.

I am writing this presuming that the election turns out as expected. Because the threat is REAL, no matter the outcome.

Our stochastic terrorism here is already working: TFG’s “Big Lie” (and I mean that in the Mein Kampf sense) has caused voter suppression laws to be enacted in several states, with several more now “auditing” the 2020 election results — with utterly unserious internet and deadly serious purpose:

The former because it generally calls into question nearly ALL GOP elected officials pushing this bilge (which they will not acknowledge: if Biden won fraudulently, then everything in those selfsame ballots is questionable, including their own election!); the latter because it strikes to the very heart of democracy. If no Democrat can ever legitimately win, then there is no democracy, just an endless rubber-stamping of GOP power. Thus the terrorism involved. 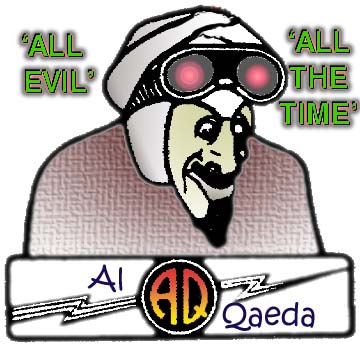 This is no longer politics. This is, increasingly, a blueprint for the usurpation of all electoral power in our ‘democracy’ in a slow-roasting process comparable to Putin’s Russia or a good French-roasted coffee. Not hot enough to burn. Just hot enough to get the flavor you’re looking for: fascism.

And let’s be clear as to what I mean by “fascism”: I mean what Mussolini meant when he coined the term.

“Fascism should more appropriately be called Corporatism because it is a merger of state and corporate power.”  ~Benito Mussolini (1883 – 1945)

We could go a lot deeper, but this definition will suffice for our purposes.*

*[ i.e. “a political philosophy, movement, or regime (such as that of the Fascisti) that exalts nation and often race above the individual and that stands for a centralized autocratic government headed by a dictatorial leader, severe economic and social regimentation, and forcible suppression of opposition”  ~Merriam-Webster Dictionary online.]

This is nothing less than the “Big Lie” transformed to call into question the legitimacy of President Biden (and soon, Governor Newsom of California, et al, etc. ad nauseum, ad infinity).

And that, chilluns, is stochastic terrorism. The irony being that it is all done under the false imprimatur of “individual rights,” “freedom,” and “individualism.” Or, as George Orwell is saying in the afterlife right now: “Boy, did I get it right or what?“ 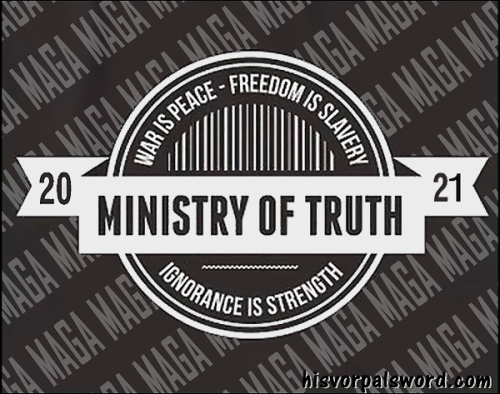 The destruction of elections by GOP jurists and lawmakers since 2000 has been relentless and incredibly effective. When some few Dems (I among them) protested the selection of Bush the Dumber on December 12, 2000, the GOP mounted its “counter-truth” by claiming massive “voter fraud” and, thus, the need for voter IDs, and, later, all the forms of suppression we’ve seen since.

John Fund, Koch/CATO pal and associate literally “wrote the book on it,” published in 2004, as I’ve covered on this blog. Here he’s signing copies of the second edition of that book at Charlie Koch consigliere Eric O’Keefe’s “Sammy” awards show in Chicago, 2009:

This narrative of “voter fraud” (as opposed to stealing elections and purging legitimate voters for political gain) was and is a classic example of “changing the subject” by creating a parallel narrative that ultimately has trumped (pun intended) the actual narrative of at least TWO stolen presidential elections in this century.

Fund and O’Keefe at 2009 Sammy Awards

Democrats haven’t been able to hold on to their rage at what happened in 2000 and 2016, but REPUBLICANS can ‘t let go of something that has NEVER happened: voter “fraud” changing the outcome of a single election in the USA at any level, in any state. The most anyone has been able to find is a fellow voting his mother’s absentee ballot after her death, a Texas felon voting not knowing that he was ineligible to vote until his parole was ended, or someone accidentally voting after having sent in a mail-in ballot.

The cases of “voter fraud” are extremely rare and have never changed an election. Oh and almost all of our exemplars are Republicans.

On the other hand, stolen elections are routinely pooh-poohed by Democrats, and never gain any traction, no matter how legitimate the claim, because “liberal” media and Democratic bigwigs don’t want to seem uncivil.

Thus voter fraud is an “ISSUE” but blatant disenfranchisement, from Kris Kobach’s Kansas 2016 “CROSS-CHECK” to Jeb Bush’s Florida purges of 2000 are “no big deal.”

Thus do Democrats willingly hand Republicans the rope with which to lynch themselves.

When the Roberts SCOTUS effectively gutted the 1965 Voting Rights Act in Shelby County v. Holder, the temptation to widespread voter intimidation, disenfranchisement and suppression proved, as we can see, irresistible to GOP legislators nationwide.

And the rest, as we now see, is history.

And the final outcome of this cognitive dissonance? ALL elections become illegitimate, UNLESS Republicans win. 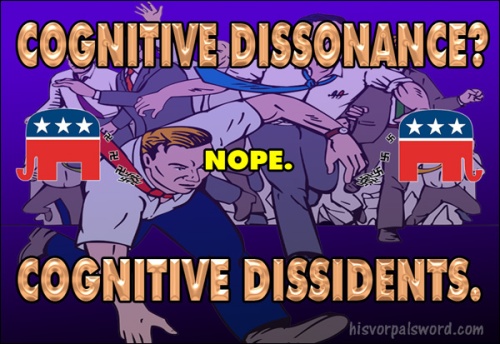 Which effectively — if you follow it through — ends legitimate voting, and, therefore, legitimate democracy and our Republic. Those dominoes fall in succession, and I leave it to the reader to construct that Rube Goldberg device in his/her/their own mind mind.

But it won’t be anything democratic. It will be Disneyland fascism: wherein the “magic kingdom” always looks peaceable, but because the police state is ubiquitous and inescapable. This was what Caesar Augustus did in Rome, proclaiming (ironically) the “Restoration of the Republic.”

Increasingly, American democracy only looks like democracy: one candidate primaries, uncontested ‘elections,’ sell-you-soap cookie cutter commercials bereft of issues. Democracy is hanging by a thread, and undermining elections is possibly the straw that will break the camel’s back.

These terrorists need to be stopped, stochastic or not. 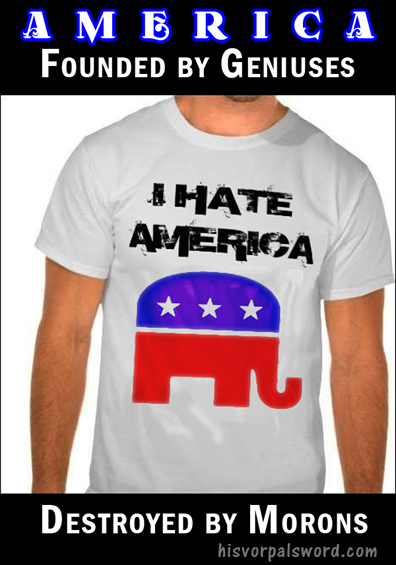 Comments Off on The New Stochastic Terrorists