You have to admit this much: the White GOPs find themselves, increasingly, defending the indefensible with increasingly flaccid tropes.

Lindsey Graham: Charleston Shooter May Have Been ‘Looking for Christians to Kill’
Matt Wilstein / Mediaite

Sen. Lindsey Graham (R-SC) just happened to be scheduled to appear on The View Thursday morning.  But because of the deadly mass shooting at a black church in his home state last night …

I managed to catch Faux Nooz in the “breaking news” phase, and there was the National Review contributor telling the Gretchen Carlson stand-in (and by “Stand in” I mean it in the movie sense, as the thin-nosed at-least-bottle-blond was the anorexic version of Gretchen “Miss Amerika” Carlson.)

We MUST not rush to judgment. This could just be another lone-wolf nutcase wh0 is totally outside the mainstream and to draw any judgments about RACISM (unspoken) without knowing the FULL story is just … just, well IRRESPONSIBLE, dag-nab it. [I am paraphrasing for comic effect and as a defense against narcolepsy.]

And then the pivot to “We’re all CHRISTIANS.”

Now, just by accident, I caught Louis Gohmert in a rambling “special” speech for the CSPAN cameras — since the other house conversation in the nearly-empty chamber nearly drowned out Louis’ rant. Louis didn’t notice. The talkers didn’t notice. The presiding chair didn’t notice. A typical congressional speech, in other words.

After attacking “supreme court justices” [sic] with a giant citation that a judge must recuse themselves (meaningless to SC Justices, as “Wild Bill” Rehnquist, Antonin Scalia, Clarence Thomas and others have demonstrably proven time and time again–DNA: Does Not Apply)

Louis pivoted to how this is a Christian NATION, as declared by the “Supreme Court” [sic, and for the same reason] of 1890 because a Supreme Court that always gets it wrong in 2015 was infallible in 1890. Yeah. Then the “my brothers and sisters in Christ” and the faux-pious BS of every “Christian Demagogue” back to when Hypatia was dragged from her chariot in Alexandria and skinned alive with sharpened clam shells.

And that was when I realized that this was the latest fallacy from news coordination central — which is only a paranoid fantasy if you believe in telepathy.  I have known a lot of people and I have never yet seen a group with such a unified message that wasn’t in a cult.

Actually, when you think about it, GOP politics increasingly takes the form of a political cult. “Don’t listen to anything anyone but US says” is a standard symptom of a cult. It was the ability of cults to create a self-referential bubble (that generally embraced an epistemology of sheerest lunacy) that the “Deprogrammers” of the 1970s and 1980s were fighting against on behalf of anxious parents and conservators.*

[* No endorsement of “deprogrammers” is intended or implied. Their right to their own madness is the feral pig at the heart of this whole national self-immolation.]

Which brings us from Deprogrammers to Christians that madmen were looking to kill.

Consider the diabolical neatness of that pivot.

Here’s a truth you don’t much see: “minority” depends on the stereotype you’re dealing with. A person might be a “Black” a “Woman” and a “West Sider.” Her husband might be a “left-hander,” a “Colts fan,” or a “lesbian.”

You might be in the minority of “special” people. (Sorry: current social delicacy requires me to abjure from explaining further in the interests of offending no one.) 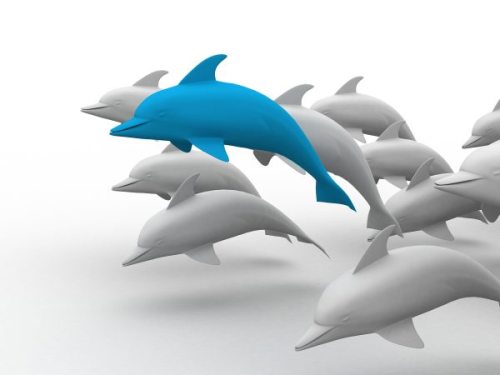 In Lindsey Graham’s cracker case, he can identify not as a Southern crypto-racist, but, rather as a Jesus loving Jesus swilling, Jesus quoting, super Christian and talk about healin’ and lovin’ and brothers and sisters and Jesus gumbo Beaujolais. Yum.

This befits one of the House Managers of the Clinton Impeachment, our nation’s foremost exponent of Foghorn Leghorn Epic Bullsquash and charmingly enunciated madness.

But, as noted, as the facts come to light about the shooter, it’s pretty clear that it was what the National Review Editor, the Barbie-doll disapproving news blonde, the Foxfauxfactsfax Machine and Lindsey Graham were hoping to avoid: an actual discussion of widespread organized race and hate groups and the continuing culture of racism in South Carolina.

The presumption, never granted, that Blacks are human beings with equal rights to Whites is so hated and its opposition so well-entrenched that one can find the implements and accoutrements of it everywhere, including the Confederate Battle Flag flying in front of the State Capitol — a living insult to the hundreds of thousands of Americans — Black and White — murdered under its provenance. And in the Confederate pride license plates. And the “code” embroidered flags of Apartheid Rhodesia and South Africa on the shooter in the picture now going viral in the news, et al, ad infinitum.

I’ve written before that, as Whites slip into demographic “minority” (as faux “Christians” now claim persecution of their majority minority) this madness — both homicidal and merely heterogyne — is only going to increase. (Never underestimate the animal panic of the alpha killer ape when dominance is threatened, as Hamlet chronicles.)

For the past 24 hours, the rationalizers of Peephole Infallibility, the always judging, never judged, the racists who pretend even to themselves that substituting “thug” for “n*gg**” * makes the statement OK. Oll Keereckt. Yeah.

[* such is the power of this old, sad word that some will ONLY see said word. A mistake to have granted any word such power. Not so long ago, the word “F***” carried with it such power that one could be fired, arrested, fined or even jailed for using it, given appropriate context. Oh, I would commend you to William Seward’s rejoinder to Stephen Douglas on the floor of the Senate during the debate on the Kansas-Nebraska Act: “No man will ever be President of the United States who spells Negro with two Gs.”]

These people exist and they are far more numerous than we know. Or knew. Think of how naive we all were, on Inauguration Day 2009. Now we know better.

So OF COURSE they don’t want to have this discussion. No: they can all be “Christians”!

Once upon a time I was at a political event with a certain woman who used her ethnicity as a weapon to get away with being nasty, as all knew, but could not say.

And also standing with me was a friend from upstate, an organizer for that selfsame ethnicity.

And she said :”You wouldn’t be able to get away with that if you didn’t outvote our interests.”

And I said, “But I thought women were a MAJORITY.” 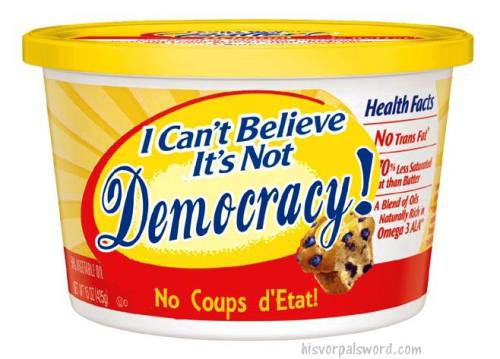 My friend got it. He laughed.

She stormed off in a huff to abuse someone else with the pain of her persecution, and, therefore, her superior right to adjudge moral questions. Or she might have pivoted to being a “Christian” too.

I don’t know. I was thirsty and went and got a beer.

Still waiting to hear the NRA’s explanation as to how guns didn’t actually figure in to the slaughter and how pure as the driven snows are the souls of our friends, Gunpower Killing Devices. Er, I mean “guns.”

PS: Lest you think I am distorting Mr. Graham’s position, the story linked states:

But despite the fact that the Justice Department has labeled the attack a “hate crime,” Graham was not willing to go that far. “There are real people who are organized out there to kill people in religion and based on race, this guy’s just whacked out,” he said. “But it’s 2015. There are people out there looking for Christians to kill them.”

UPDATE: Louis Gohmert’s speech has appeared in transcript form, serendipitously. It is inadvertently hilarious enough that readers ought to read this ZANY LAFF RIOT! in all its subliterate splendor.

One response to “The Great White Hype”