I began my webpage, His Vorpal Sword (as opposed to this blog, his vorpal sword), in the fall of 1995, in the last century and last millennium.

It won a Gold Medal at the 1996 World Internet Exposition (the first “virtual” world’ fair.)

Now, for 2015, I’ve brought it up to date, with the old webpage’s ghosts, mathoms and poltergeists lurking just beneath the slick, glossy surface. 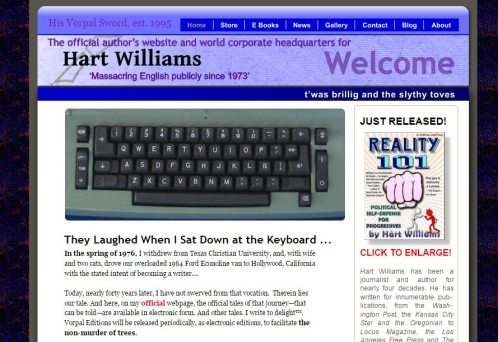 Believing in imaginary lines is one thing.

Standing in them is quite another.

What the Founding Fathers Feared

There was a reason for the Second Amendment, but it was not to give every lunatic a gun. 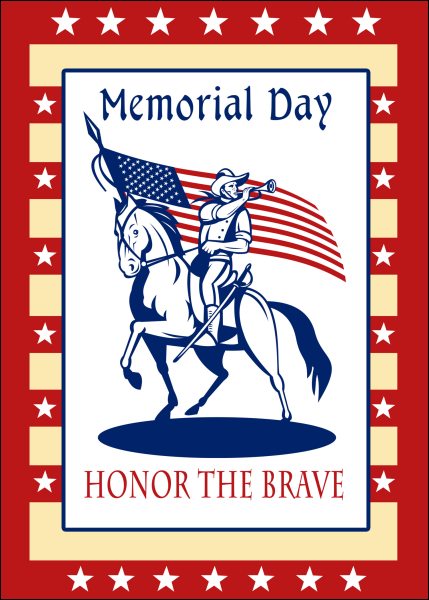 Memorial Day was originally to honor Union Dead. It was stolen
by Congress, while CONFEDERATE Memorial Day continues
unabashed and unabated. There is much wrong in this.

No, it was to give “We, the People” a check against the Banana Republic Syndrome of a strong military, divorced from the people that would eventually take over the government and rule as a Military Junta. I realize that this statement is anachronistic (there were no banana republics in 1787) but their wisdom in this regard has been proven time and time again.

Richard Nixon (surprise!) managed to destroy the tripod of America’s military ( A professional “core” army, as one leg; state militias as one leg, a conscripted or volunteer army DRAWN UP IN TIME OF NATIONAL EMERGENCY as the third leg of the tripod) with the volunteer army.

Multi-generational military families like the Graveses form the heart of the all-volunteer Army, which increasingly is drawing its ranks from the relatively small pool of Americans with historic family, cultural or geographic connections to military service. While the U.S. waged a war in Vietnam 50 years ago with 2.7 million men conscripted from every segment of society, less than one-half of 1% of the U.S. population is in the armed services today …

And here is the buried lede [emphasis added]: END_OF_DOCUMENT_TOKEN_TO_BE_REPLACED

Comments Off on What the Founding Fathers Feared

Of Gunfights and Boiling Frogs

You can always leave it to the ideologues of the Right to view events through funhouse mirror lenses:

Making the comparison with Baltimore, many on the left — Salon’s Jenny Kutner, to take an example — demanded to know why the media did not describe the events in Waco as a “riot.” The answer, obviously enough, is that the event in Waco was not a riot — it did not represent a general state of civil disorder, there were no mobs targeting property for destruction, etc. What happened in Waco was accurately described — in the New York Times, the Waco Tribune, USA Today, and many other outlets — as a gunfight. Also chaos, biker gang shooting, the work of very dangerous, hostile criminal biker gangs, and, in case that is not strong enough for your taste, something akin to a war zone. What happened in Baltimore was not a gunfight.

Thanks National Review Online. Second paragraph of the story is the patented Limbaugh Ourbouros Argument, formerly known as the straw man in the one-person debate: a tissue-thin monolith is constructed and then “demolished” in the public square (and not the pubic hair.) But it completely misses the point. END_OF_DOCUMENT_TOKEN_TO_BE_REPLACED

Comments Off on Of Gunfights and Boiling Frogs

Why David Duke Was Never Allowed To Speak

I’m going to be talking about the worst kind of hate imaginable herein, so those with delicate sensibilities, please be warned: Caveat Lector. 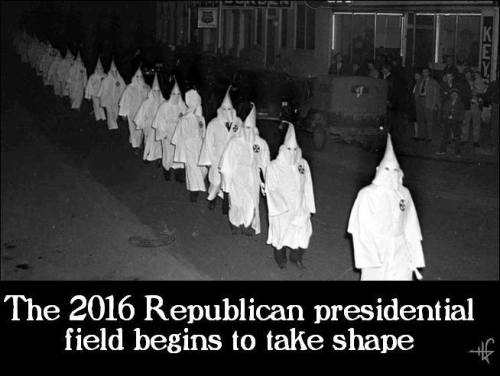 Got your attention? Good.

Let me tell you a little story from college days, and then I’ll scare hell out of you.

David Duke was on the TCU speakers’ list. The lily-white administration realized what it would be like for a secesh school (TCU was founded by two ex-Confederate officers), whose athletic program depended on importing Blacks, to have a KKK Grand Wizard speak. They overruled the student-led speaker’s committee and canceled David Duke.  END_OF_DOCUMENT_TOKEN_TO_BE_REPLACED

Comments Off on Why David Duke Was Never Allowed To Speak