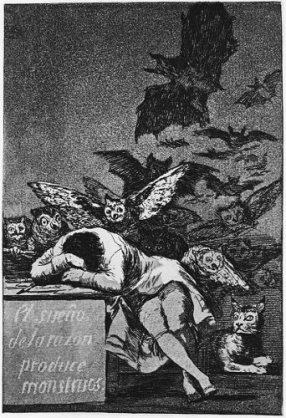 Greetings and happy Decoration Day (stolen from the GAR and thence the Sons of Union Veterans of the Civil War by a Congress that names military bases after traitor generals). This is actually a fine segue into what I’m here to talk to you about. I awakened this morning with this topic and title in my head. And then I saw this, reinforcing the need for it:

This is the argument of a child. It is the tantrum of a child. The Latin-termed fallacy “Tu Quoque“* means, literally, “You too!”

I don’t know of any parents that ever let that argument pass. If it was stolen cookies and “but Bart did it too!” was raised in Defense in Family Court, the answer was, invariably and universally (with small variants): “If Bart jumped off the Empire State Building, I suppose you would, too?”

(Note: If “Bart” were named “Donald Trump” and ACTUALLY jumped off the Empire State Building, I think many would cheer the answer “yes.”)

Logic isn’t partisan. But illogic sure seems to be.

This is also known as “two wrongs don’t make a right” and some other names, but Tu Quoque is a good mnemonic flag without any other cognitively dissonant associations (like, say, “RED STATES” and “RED COMMUNISTS” or “Black Tuesday” and “Black Friday,” both pairs of which are opposites and NOT synonyms, like, say “flammable” and “inflammable,” which mean the same thing with the syllable “in” as a meaningless difference).

You too! You too! the monster has stalked our formerly great land (MAGA being, in practice, the opposite of its claim) for decades now, but especially as a feature of the GOP talk show “debate with myself and win” format (pretty universally).

If a Republican like, say, Dennis Hastert, is caught molesting children, a Democrat having done a similar thing must be trotted forth as an “answer” for monstrous behavior. 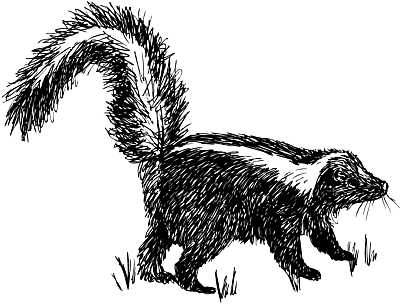 But let’s take the route of reductio ad absurdum:  The inescapable corollary to this argument of “you too” is that no Democrat can ever criticize ANY Republican action, no matter how egregious or negligible, unless EVERY DEMOCRAT IN ALL OF TIME AND SPACE IS AS PURE AS THE DRIVEN (or ride-shared) SNOW!

Which is, as noted, absurd.

Almost as absurd as reliance on a fallacy whose NAME is older than the language you’re using it in.

And yet, our “college educated” journalism corpse (sic) cannot fathom this subtlety, as can’t most Democratic talking heads and no one ever questions this hebephrenic argument. This RIDICULOUS childish argument.

And, as we watch the sun go down on the American Experiment with self-governance, we wave a fond farewell to Jefferson’s warning:

… if a nation expects to be ignorant & free, in a state of civilisation, it expects what never was & never will be. The functionaries of every government have propensities to command at will the liberty & property of their constituents. There is no safe deposit for these but with the people themselves; nor can they be safe with them without information. Where the press is free and every man able to read, all is safe. 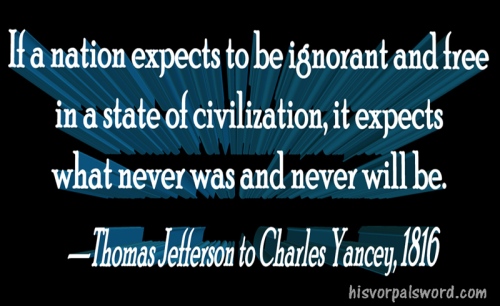 When a fallacy that OUGHT not pass muster in High School Debate holds an entire nation in thrall (and destroys lives, and livelihoods), then it has become monstrous, and ought to be fought with all the edumacashun (sic) we can muster.

But no: the child’s infantile dodge has been manifested in the “Highest Office in the Land” and no one dares speak its name, because no one dares note that the emperor has no clothes in his intellectual runway modeling, or, at least, no one in a position of power will recognize it publicly. An entire MEDIA is crippled by this sadistic false equivocation.

Roseanne Barr was fired so quickly, kiddies, because the CONVERSATION HAD ALREADY TAKEN PLACE at Disney. They already were ready for it. But, since Roseanne is a White Woman Comedian (or comedienne, in GOP parlance) SHE must be sacrificed to the false god Tu Quoque.

Potentially putting all of HER show’s innocent employees in career jeopardy.

Sadly, TBS, as a part of the Time-Warner media empire, is vulnerable to White House pressure, because Time Warner wants to be sold to AT&T (the former AT&T of monopolydom) and has bent over backwards to try and facilitate the sale — selling off its FCC-licensed TV stations in 2017, for example.

And, thus, the monster Tu Quoque menaces another innocent party  for no good reason.

Let’s get this straight: moral acts are DISCRETE.

That means, if I rape a sheep, that is the issue, whether of not you feel that some other sheep sodomizer was given a raw deal in his Alabama trial, or whether goat rape fails to garner the attention and legal penalties that sheep rape is accorded. 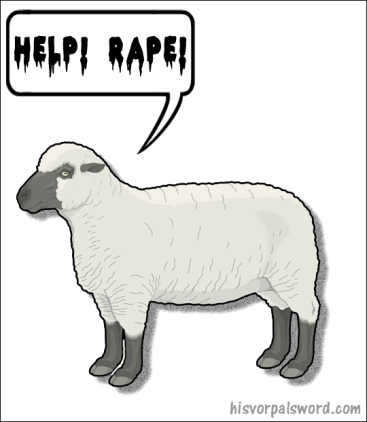 Two wrongs don’t make a right, and the other wrongs are, again, DISCRETE. There is no moral equivalence or equivocation by virtue of that false equivalence. Tu Quoque never worked with any mother who ever lived  (exceptions proving the rule) so, how come it works with every media maven in our blighted “one nation under God”?!??

Or, in this case, two nations under … GOOD GOD!

Until and unless we decide to push back against this absurd form of debate, of public policy and of childish tantrum, we cannot expect to move forward as a nation. Instead, we move ever deeper into a cultish tribalism (at least on the side of the GOPsters) that cannot end in any rational or peaceful resolution.

Think seriously about this, because it has become an unending nightmare of false equivalencies determined to prove that Democrats and Liberals and Independents are NOT and NEVER will be perfect, but, the clear implication–never stated but imputed with every twisted fiber of their collective being–is that all Republicans somehow ARE.

Again, this is simply absurd. The notion that I have to explain this to literate adults is ALSO absurd, but it is a sad measure of how far we have fallen, and how Jefferson’s warning falls, increasingly, on self-deafened ears.

And here’s MY Tu Quoque: How come the Sons of Confederates get their Southern “Decoration Day,” but the Sons of Union Veterans get Memorial Day stolen, then heaped with all other wars, mattress and tire sales and moved to a three-day-weekend to facilitate recreational boat and beer sales?

And how come it’s Republicans who now defend Confederate flags and monuments?

2 responses to “The Monster Tu Quoque Stalks the Land”