Where Are All Those Votes?

Now we know it was a fair and transparent election:

Statement by President George W. Bush  —  President Bush congratulates President-elect Biden and Vice President-Elect Harris  —  DALLAS, TEXAS — I just talked to the President-elect of the United States, Joe Biden.  I extended my warm congratulations and thanked him for the patriotic message he delivered last night…

OK. Nothing to see here. Move along move along. Blue won. Or did they?

Let me engage in a bit of rational, logical conspiracy theory*.

As the Trumpists rail that the election was “stolen” one salient fact has been glossed over: the presumption that all pollsters in all states (and in every presidential election since 2000) “got it wrong again.”

Really? That might bear a scintilla more of interest. Let’s do a little deduction, shall we?

Right  now the national vote count is Biden 75 million plus, Trump a bit less than 70 million.  Biden has consistently remained 4.2(ish) million votes ahead of Trump. But the national polls gave him a ten-point lead on the last day before the election. And the pundits hedged their bets by claiming (without evidence, save for the prior, questionable elections) that the race was “tighter than that.”

For those of us who believe in reason, logic and Occam’s Razor, that’s ENTIRELY too convenient and lazy.

Sure, in 2016 Hillary actually won the predicted number of national votes. It was in the states she got screwed. But that doesn’t explain how over HALF of the predicted votes in THIS election turned out to be MIA.

Let me stipulate this: turns out that in 2018, pollsters GOT IT RIGHT.

(And years earlier, if you think about it, when the EXIT polls, usually accurate to less than one point, were successfully smeared as EQUALLY unreliable in the face of a similar presidential election. Everywhere else in the world, exit polls are used as a checksum for a fair election. But the USA follows different human natures, I guess. Exceptionalism? DEVO?)

So how is it that some of our smartest people (statisticians are in as much demand as great actuaries: probability and statistical sampling  dominate both mathematical disciplines/professions of politics/insurance) have consistently gotten every presidential election wrong since 2000? I mean they didn’t just fall off the turnip truck.

(To engage in rational analysis we must consider all possibilities, even ones that seem improbable or impossible)

The pollsters got it right.

That’s the dilemma. Every news organization has reflexively, without forethought, knee-jerk adopt the former proposition (pollsters: WRONG) without ever considering its equally probable alternative (pollsters: RIGHT).

If pollsters wrong, then we can all accept the results and move on.

But what if the pollsters were right? I mean, I realize that this is an absurd proposition in American today, but the quaint notion that highly educated experts with years of field experience might actually KNOW WHAT THEY’RE DOING should be considered here, no matter how improbable talking heads consider the notion. (As we all know, any idiot with an uninformed opinion trumps any expert armed with facts: The Law of Rupert a/k/a The Sanity of Hannity). 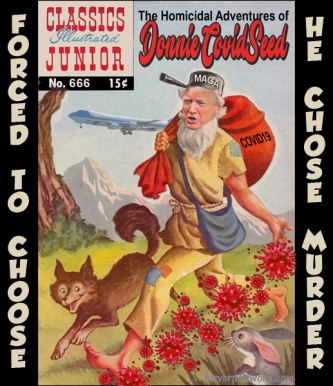 satire based on logical deduction

If the pollsters were right, then we’ve got a little problem: Biden’s final tally remains stubbornly at 50.7% to 47.7% which my trusty calculator tells me is a difference of 3.0 percent.

Three percent is NOWHERE near 10% even with a generous margin of error baked in.

So where are all those votes?

Ten percent of 75 million is 7.5 million. (Note: this is bad back of envelope math, but sufficient). According to the Associated Press, the difference in votes (presently) is 4,423,498. Which is significantly LESS than 7.5 million. (Ten percent of the total is actually about

If the polling is wrong, then any high school trigonometry class could do as well. And I mean ALL the polls averaged, kiddies. The pros are totally incompetent and… jeepers!

Or — if the polling was right, ten million votes are missing, or ten million or so votes were quietly added.

Occam’s razor suggests that the simplest conclusion (no matter how uncomfortable) is that the polls were right.

Which leaves the uncomfortable conclusion.

But: Notice how wrong all the polling was? More than ten million and more than DOUBLE polled votes are MISSING.

So, where are all those votes?

Worse, I keep hearing how those mystery rural voters showed up again OUT OF THE BLUE for Trump in state after state.

They didn’t ‘exist’ before 2015 and after four years of endless navel-gazing about them, they STILL couldn’t find them, but mysteriously they reappeared Tuesday to keep control of nearly all state legislatures (thus ensuring more shameless gerrymandering), and, seemingly, control of the Senate. Even shaving down the House’s Democratic majority by several seats.

This last is speculative, and just FYI. The reasoning is not affected by it. Ten million votes and seven percentage points are mysteriously missing.

Why? How? This isn’t something to sweep under any rug.

Perhaps we are looking this from the wrong end of the telescope. Instead of asking how tens of millions of polled voters disappeared, perhaps we should ask, how did millions of stealth voters appear (and in almost the EXACT same configurations as 2016, state by state, county by county) as in 2016?

As in the discovery of Uranus, we cannot glimpse the mysterious object directly, but must do so INdirectly. As the gravitational field of gas giant Uranus perturbed known objects in their orbits, allowing for the discovery (through triangulation) of actual Uranus, the planet, so, too, the mysterious cash giant object has perturbed two presidential elections in the same way (numbers higher, but results nearly all the same) and who knows how many OTHER presidential elections since 2000?

Those votes are missing — because of vanishing polled persons, or mystery voters from Uranus — there is no either or truth tree here.

But the truth tree in this case is simple: either pollsters, after 20 years of humiliation politically, but the same 20 years perfecting polling and advertising techniques that will target YOU individually for right-spin framostats, their accessories and related matters, because you looked up “right-spin framostat” on the internet. Amazing how competent/incompetent effective/pathetic they are. Why, American pollsters are our political Schrödinger’s cat.

Now, I’m not going to speculate on WHAT that mystery object is that seems to make pollsters look like fools every four years no matter how much more sophisticated their useless science is.

Why, to hear it from the pundits, polling is almost a pseudoscience, like astrology or palmistry.

OR: they’ve been right all along, and the elections have been conveniently jiggered (thus stealing our future as the stolen election of 2000 pulled us out of the Kyoto Accords to stop global warming, just as Trump pulled us from the Paris Accord — the first universal agreement of humankind!). 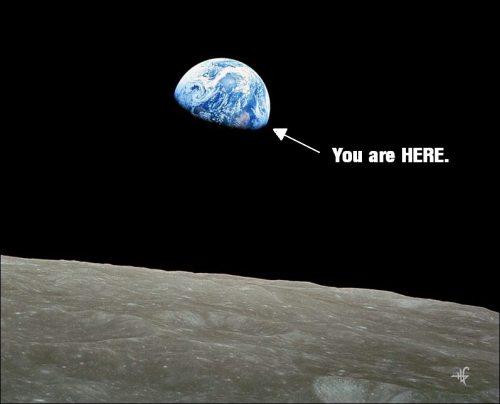 To search for WHO that mystery object is, we begin with the obvious next question of Socratic dialogue, as adopted into Latin, and, thus, into law:

Don’t jump to an instant conclusion. Whatever it is, it is subtle.

But the notion that the incredible national turn out of the Blue was almost exactly countered by the mystery voters of the Red giving the Red the (under the radar) victory in all races save the Temper Tantrum TOTUS.

There’s no way to logically color inside the lines and fill out the picture. This isn’t paint-by-number punditry. This is reasoning.

Don’t just jump to an easy and trite conclusion as an intellectual bandage when confronted with anomalous information.

Leave it to those deep thinkers who, in the face of upended electoral  expectations reflexively spout “Well, the polls got it wrong again.”

* No brag; just fact: I’ve  uncovered real conspiracies. Including the Koch machine manipulating elections long before Jane Mayer ever heard of them.

2 responses to “Where Are All Those Votes?”